What’s the Difference Between Layoff and Furlough? 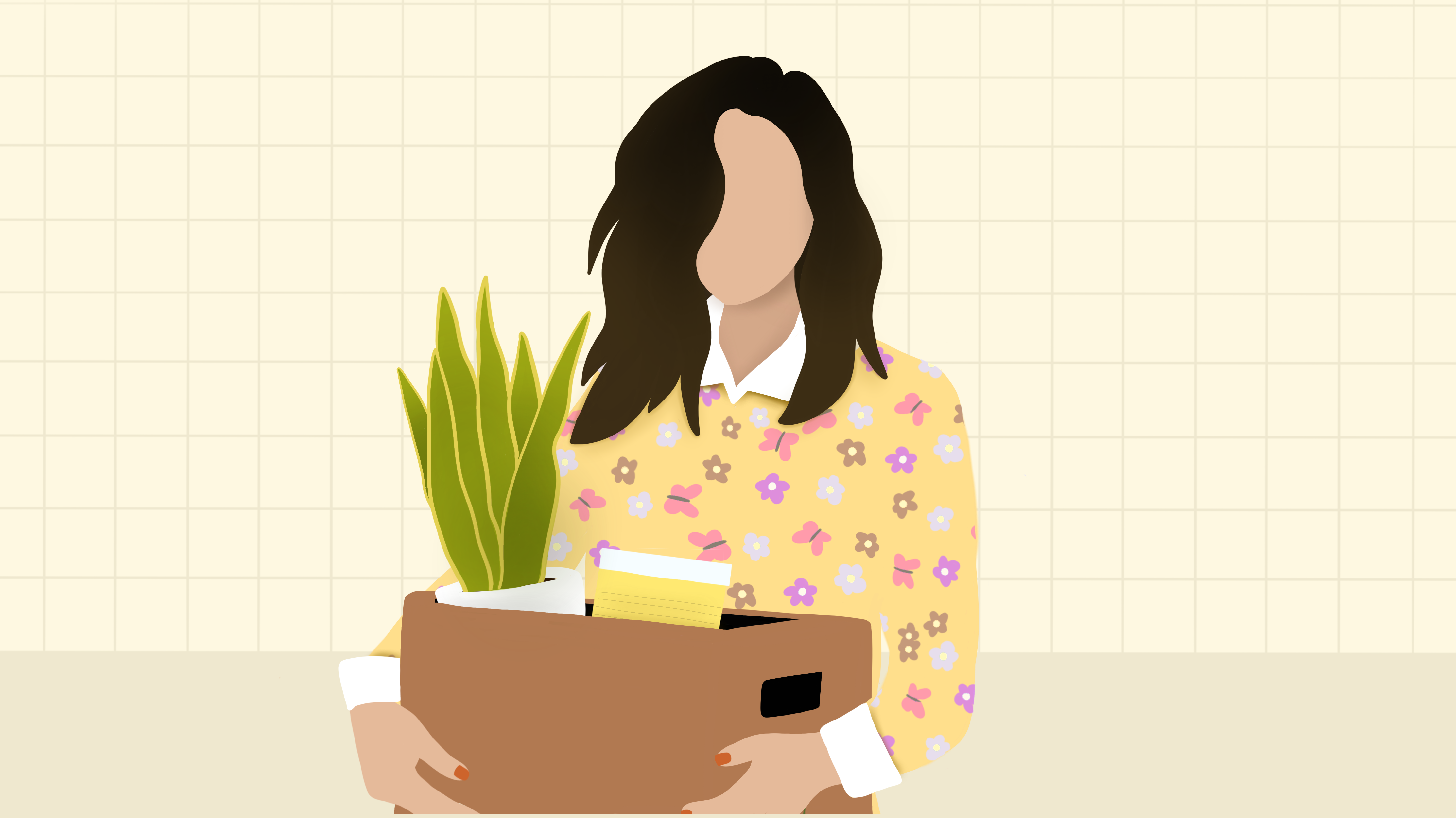 When businesses are faced with significant profit losses from conditions such as government shutdowns, economic collapses, or other unique instances, a typical first step for the company’s survival is a workforce reduction.

What is a Layoff?

When a worker is laid off, they are let go — meaning they are discharged and no longer employees of the company. Layoffs happen when there is not enough work to go around and the employer’s payroll disbursements are creating an imbalance in profitability, putting them “in the red.”

Throughout history, layoffs were traditionally short-lived, and workers might return a few weeks or months after a layoff. But in modern days, many current resources incorrectly stress the impermanence of layoffs, as layoffs today are not ordinarily temporary. When a worker is laid off, it’s rare that they return to their original workforce. Situations, of course, vary from employee to employee, and it’s entirely possible that a worker can be hired back once a company returns to stable ground.

A mass layoff happens when a large company with many employees must make a significant workforce reduction. This could involve tens, hundreds, or even thousands of employees losing their jobs.

Was I Fired or Laid Off?

The distinction between being fired and laid off is extremely important in gauging whether or not you’re able to claim unemployment benefits. If you were fired, or terminated because of something you did (or work you didn’t do), then you won’t be able to collect unemployment. But if the company laid you off because they could no longer afford to keep you as an employee, you may be able to receive unemployment assistance.

What is a Furlough?

When companies are faced with situations that they predict to be temporary, they may choose to furlough workers, which means a temporary stoppage or reduction in work and pay. This is most commonly seen in shutdowns, where government workers are ordered to not come to work. Workers are still technically employed during a furlough, but most of the time, they go unpaid and legally cannot perform normal duties while they are not getting a check. 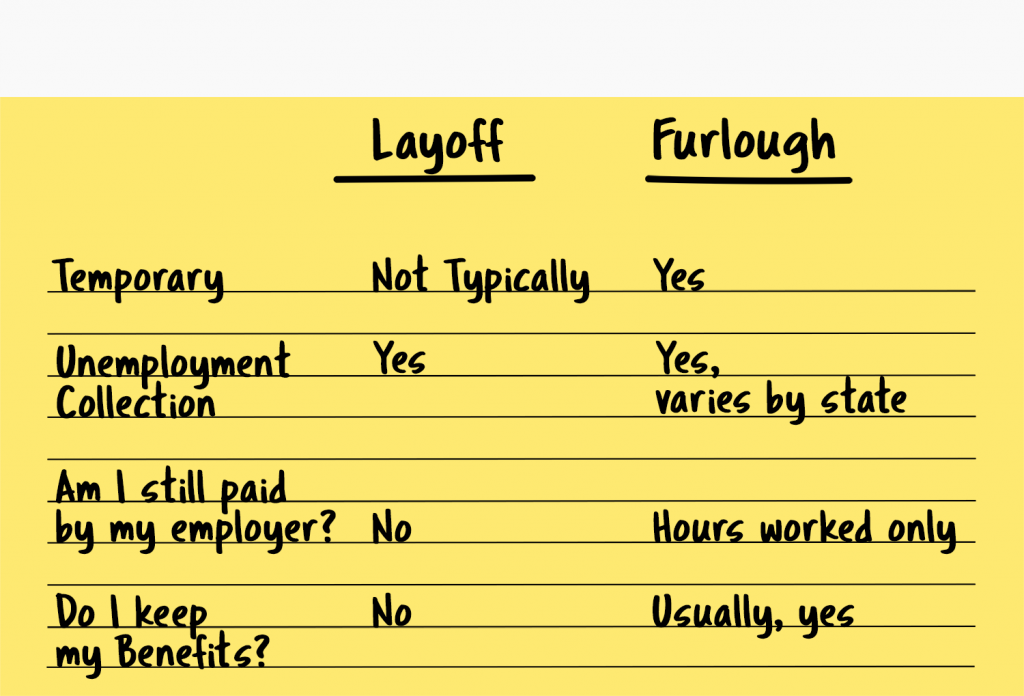 Even though they’re not getting paid, one element of a furlough is vital: workers normally get to hang onto critical employee benefits like health insurance. This is at the employer’s discretion, but for short-lived furloughs, employers rarely end benefits. Other benefits which employees normally keep are:

Furloughs can mean a small or large reduction in work instead of not being able to work at all. For example, a group of full-time workers may be asked to work 24 hours per week instead of their standard 40 for one month. Instead of losing their job, they receive a temporary pay reduction.

A furlough can be seen as an alternative to layoffs. Companies may choose to furlough a large portion of their workforce, hanging on to essential employees that keep necessary gears spinning while others stay home without pay for a short time. This way, many people share a small burden, while saving a small group from a large one — complete job loss.

Should Employers Lay Off or Furlough Workers?

It depends. If companies predict that the impacts on profitability will pass quickly, it may be in the company’s — and employee’s — best interest to furlough instead of lay off. However, layoffs may be necessary if the company foresees lasting profit losses. But in the case of either a furlough or layoff, the employee should be able to collect unemployment for hours not worked.