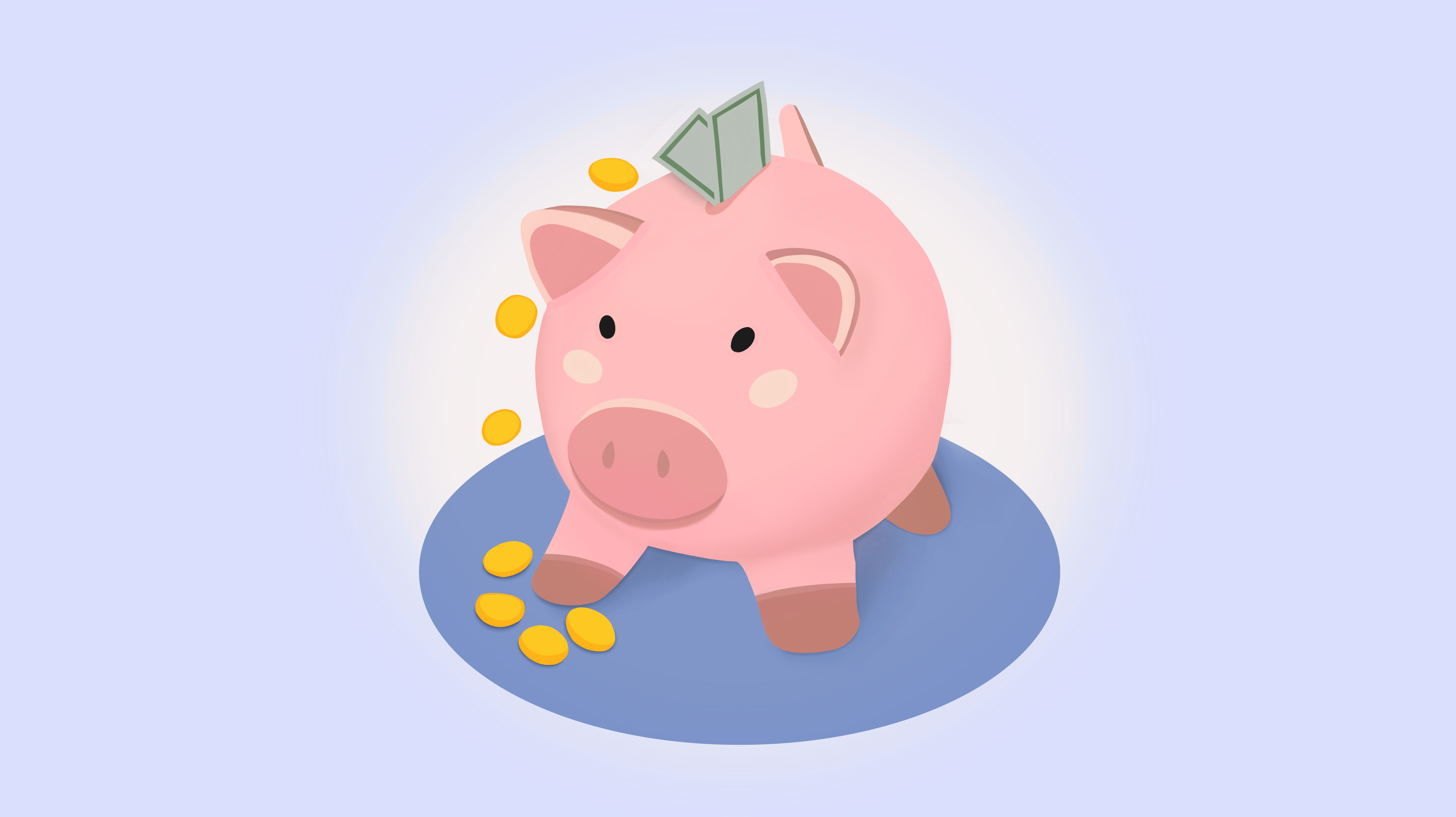 This is a developing story and will be updated as more information becomes available.

The $600 in supplemental unemployment benefits that the federal government began providing at the beginning of the coronavirus pandemic has come to an end. The Coronavirus Aid, Relief and Economic Security (CARES) Act, a bill signed into law by President Donald Trump on March 27, included a “Federal Pandemic Unemployment Compensation” of $600 a week to go along with the benefits traditionally provided by state unemployment agencies1.

That bill set an end date for the supplement of July 31, and in the days leading up to it, Congressional Republicans and Democrats and Trump administration officials began discussing how to replace it. But as of Saturday, August 8, the President signed a new executive order into law that addressed new unemployment extensions as well as payroll tax cuts, eviction moratoriums, and the continued suspension of federal student loan payments. Read on to find more about:

Fact: at the time of this writing, more than 30 million people are claiming unemployment benefits2.

What are Unemployment Benefits?

Like other provisions of the Social Security Act, unemployment benefits are funded through a specific, dedicated payroll tax; you can see the amount deducted for this purpose on your pay stub. Although this system can make it seem as though the money taken out of your check each month sits in a dedicated account waiting for you the moment you become unemployed, unemployment benefits actually function more like insurance, in which all workers pay into a pool that they may never need; indeed almost all state programs are referred to as unemployment insurance or “UI4.”

If you’ve applied for UI recently, you might have noticed that you apply through the state you live in and not to federal institutions. States run their own programs, so the $600 a week was in addition to whatever your state provides. The state benefits depend on your previous income but vary wildly depending on where you live.

Although states administer their own programs, they are overseen by the U.S. Department of Labor, which requires that benefits be available to anyone who:

Traditionally, independent contractors and the self-employed are not eligible for unemployment benefits, but the CARES Act created separate, new benefits programs for these workers1.

Why Did the Federal Government Include the Extra $600?

At the time the CARES act was passed, the country was shedding jobs at a record pace, with whole sectors of the economy shut down to slow the spread of COVID-19. The week before the bill passed, 3.3 million people were laid off, which was, at that point, more than five times as many as the previous worst week in history6. With so many people laid off so suddenly, economists and lawmakers worried that people would be unable to afford necessities like rent and food. This put at risk not just the families of those thrown out of work, but many other businesses and people who rely on the purchases made by those people: about 70 percent of the U.S. economy was composed of consumer spending before the pandemic7.

Congress included extra money because traditional unemployment benefits would likely not be enough to offset the massive disruption of the pandemic. Unemployment benefits are usually far less than the lost wages they are meant to insure; although the weekly benefit level differs substantially across the United States, in 2019 the average unemployment benefit was 38 percent of average wages8.

At around $970, this is equivalent to making slightly less than $25 per hour of full-time work. Some members of Congress, almost all of them Republicans, believe that this level of benefit is discouraging people from returning to former jobs that have reopened, or from accepting new work, and have been reluctant to continue the expanded benefits for this reason9. It is true that for those who were working minimum or low-wage jobs before COVID-19 arrived, the supplemented unemployment insurance would represent a significant increase. Treasury Secretary Steven Mnuchin pointed to a study from the University of Chicago found that as many as two-thirds of those eligible for unemployment insurance would be making more with the extra $600 than they would be under normal conditions10. But many economists disagree with this reasoning, arguing that the high number of people thrown out of work — currently more than 30 million — and fears about returning to unsafe job sites have a far bigger influence11. Even the authors of the University of Chicago study said that Mnuchin and Republicans have misunderstood or distorted its meaning12.

As of late last week, negotiations had moved closer to an agreement but nothing was etched in stone. On Friday, August 7, the President announced plans for an executive order on a number of matters, including unemployment extensions. Then, on Saturday, August 8, President Donald Trump signed four new orders (technically one executive order and three memorandums) that addressed the extensions, payroll taxes, evictions, and student loans.

What Was the Hold-Up?

As of Thursday morning (Aug 6), negotiations were continuing. Democrats in Congress were trying to push through an additional stimulus bill that would include an extension of the $600 weekly supplement13. Republicans had previously offered a plan for an extra $200 per week for two months, then set benefits at 70 percent of an employee’s pre-pandemic wages14.

Part of the difficulty was that, as happened with the CARES Act, the unemployment benefits extension was being discussed as part of a broader stimulus package, whose shape is also disputed. Democrats have been seeking aid to state and local governments, whose budgets have been battered by the loss of sales tax and other revenue sources, but whose costs have increased during the pandemic because of the greater demands on hospitals and first responders15. Republicans, meanwhile, want to include protection for businesses whose operations may have exposed workers or customers to COVID-1916.

On July 31st, extra federal relief ended and some people saw more than a 60% reduction in their last few months of pay. Congress had been in disagreements about the amount of money to include in the extensions — some wanted to extend the full $600 in benefits, and others wanted to change the amount to $200.

The President’s memorandum17 on unemployment meets in the middle at $400 — kind of. Now, states have been asked to chip in more than what they already pay for unemployment aid — 25% of the $400, or $100. The aid is supposed to last until December 6th or until the funding runs out. It should be noted that the funds appropriated for this aid are slim when considering the number of people unemployed, and could dry up much faster. Also, the states may choose not to pay the extra funds, so individuals in some cash-strapped states may find themselves with $300 instead of $400.

According to the memorandum, the extra unemployment assistance is set for a start date of August 1 and will be able to be claimed retroactively.

Another of the president’s memorandums18 calls for a deferral of payroll tax collection from September 1st to December 31st  for those making less than $104,000 per year. Payroll taxes are different from federal taxes and are the sums on your paycheck paid to social security and medicare.

So far, as stated in the memorandum, these taxes would be due at a later date. So if everything remains as is, you’ll see an increased paycheck for a while, but will have to pay that money back at some point. There are talks to make the deferrals permanent, but congress may intervene, as the power of the purse really lies with that branch of government.

The president had announced on Friday that there would be information concerning eviction moratoriums, but on Saturday, his executive order19 was a little different.

The order does not ban evictions but instead asks top officials to consider whether an eviction ban is needed, placing responsibilities on the Housing and Urban Development and Treasury Secretaries to look for funds and other solutions that could possibly help renters. So, while there’s no promise of a ban on evictions or rent relief, there may be something in the works in the near future.

Like the extra unemployment assistance, the student loan deferments were on a ticking clock and were set to end on September 30th, 2020. But the president’s last memorandum20 continues to waive interest on loans and allows for the deferment of payments until December 31st, 2020.