What is a Conservatorship? 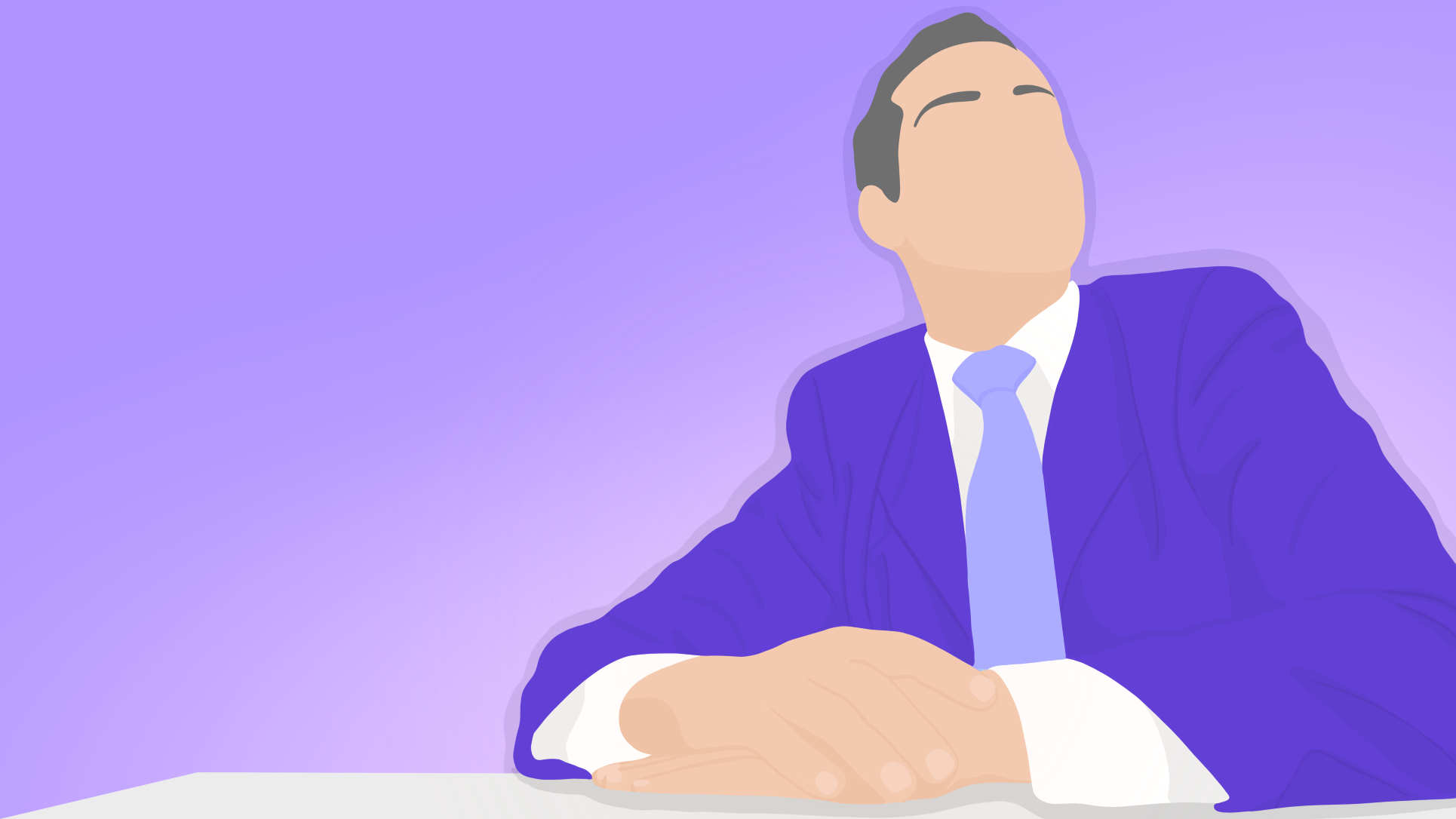 Ever wonder what happens legally if someone is in an accident, or quickly deteriorates due to a debilitating disease? That person likely still has all sorts of rights and responsibilities, but may not be able to protect or perform them. In some instances, the answer may be a conservatorship.

A conservatorship, sometimes called a guardianship, is a legal arrangement in which a court determines that a person is unable to make his or her own decisions, and gives another person the ability and duty to make personal or financial decisions. Once undertaken, the person who is the subject of the conservatorship, known as the “protected person,” loses numerous important rights. And because the protected person is presumed incapable of making decisions, it can be very difficult for them to reverse or undo a conservatorship.1

There are valid and important reasons for conservatorships to exist; when done right, they can protect severely disabled and incompetent people from scams and con artists. Most conservators provide an honest and caring service. But the process does leave ample room for abuse.2 Movements to reform the process have been underway for years. But in recent years, cases like those of Britney Spears have drawn much greater attention to problems with conservatorship, and may have accelerated the pace of change.

In this post, we’ll take a look at conservatorships: how they work, the issues they raise, and how the law around them might soon change.

How Do Conservatorships Work?

First, a note about terminology: Conservatorships traditionally give someone the ability to make financial decisions, and are technically distinct from guardianships, which give someone the power to make decisions about the personal affairs of another person. But because the law in this area varies from state to state, and some states use slightly different terminology, you may see the terms used interchangeably.3 Some states, like California, also use the term “conservatorship” for adults, and “guardianship” for minors.4 Additionally, the terms “ward” is now considered offensive and outdated, and “protected person” or “person subject to conservatorship” are now preferred, but, again, you may see the older terms used depending on where you are.

Conservatorships require a judge to determine that a person is incompetent, then appoint a guardian or conservator to handle the protected person’s affairs. This is a decision that will be informed by medical circumstances, and may incorporate the testimony of doctors, but is made by a court. Once this happens, the protected person usually loses many important rights — not just the ability to sign contracts or make financial decisions, but the right to make medical decisions, the right to get married or divorced, even the right to vote.5

Conservatorship vs. Power of Attorney 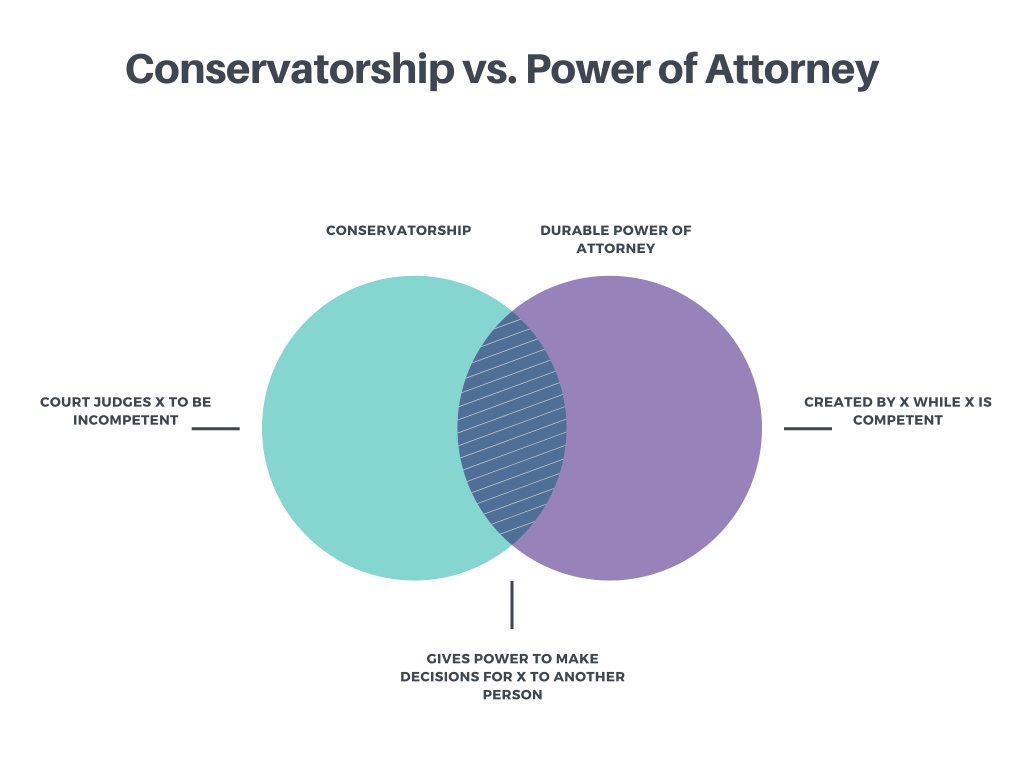 The American Bar Association has said that guardianships and conservatorships pose risks of “violation of due process and other individual rights, abuse, neglect and exploitation.” In some states, there are no funds available to provide an independent expert to assess the competency, meaning that the court may be relying only on the testimony from one side. And not all states guarantee people the right to an attorney in conservatorship proceedings.6

The case of Britney Spears has crystallized concerns that conservatorships can be predatory relationships, in which people take advantage of someone’s temporary struggle or instability to reap financial benefits long after the protected person is in need of assistance. As one publication noted, “Since the establishment of Spears’ conservatorship, she has released four albums, headlined a global tour that grossed a hundred and thirty-one milion dollars, and performed for four years in a hit Las Vegas residency.”7 These hardly seem like the actions of a person incapable of making basic decisions.

Although Spears’ case has brought attention to the issue, most of the concerns around conservatorships involve elderly people who are not famous, not wealthy, and have far fewer people paying attention to them. The lack of supervision of guardians or conservators once they are appointed means that courts are sometimes inadvertently enabling elder abuse.8

In 2017, the National Commission on Uniform State Laws released the Uniform Guardianship, Conservatorship and Other Protective Arrangements Act. The Act, which is offered to state legislatures to adopt and create standardized procedures in this area, addresses many of the issues that experts have identified. However, so far, only two states, Maine and Washington, have adopted the Act.9

As can be seen from the varying terminology employed, states address conservatorships in very different ways. It may be challenging to get them to adopt the model act in its entirety, especially when their existing laws are woven into their probate codes. But there are many individual fixes that are being considered, each of which could make a big difference, including:10

– Notice: In some states it is possible to appoint a guardian or conservator without the protected person being present, which is called an “ex parte” hearing, and without relatives or close friends finding out until the process has been completed. States could require more people be notified of conservatorship, and limit the use of ex parte hearings.

– Attorney requirements: States could require that an attorney or advocate be made available to a person facing conservatorship proceedings

– Monitoring: Courts could impose stricter background checks for people who seek to be appointed as conservators, and require more frequent observation of the conservatorships they have approved

On an individual level, if you are elderly or unwell, and are concerned about the possibility of a predatory conservatorship, you may want to speak with an attorney about a power of attorney arrangement. Durable powers of attorney can make your wishes clear, and prevent other people from subverting them. To see our official durable power of attorney templates and get a sense of what they contain, click here.